The Good Morning America anchors at the centre of an alleged cheating scandal have poked fun at their alleged affair on-air.

T.J. Holmes and Amy Robach have for the past three days been embroiled in rumours of an alleged affair, despite both of them being married since 2010 to their respective spouses.﻿

Now, the two anchors have subtly addressed the supposed cheating scandal on the program that they co-host, in a move that some are interpreting as them breaking their silence.

Watch the video above.﻿

“Just enjoying it, take it all in,” he said with a smile.

Robach, 49, didn’t agree, telling Holmes to, “Speak for yourself, I am very excited about the weekend,” before hurriedly adding, “and I’m sure everyone else is too.”

Later in the program, when interviewing Nona Jones, author of Killing Compassion, Robach asked her to share some “words of wisdom”, adding, “We could use some,” while looking pointedly at Holmes.

After Jones shared her words about fighting the need for perfection and comparison, Holmes, 45, noted about Robach: “I know what she’s about to say. She’s about to say that just gave her chills.”

“But it’s rare that I get to say it. That gave me chills as well, and it’s a timely message for a lot of folks right now, including the two folks you’re sitting in front of, so we absolutely appreciate that,” he said.

The rumours between the co-hosts erupted on ﻿Wednesday after Page Six reported on their alleged months-long affair.

The co-hosts supposedly started getting﻿ close in March while training for the New York City Marathon and when sent on assignment to London for Queen Elizabeth’s Platinum Jubilee. The Daily Mail also obtained photos the two on a getaway to a cottage two weeks before Thanksgiving in America.﻿ 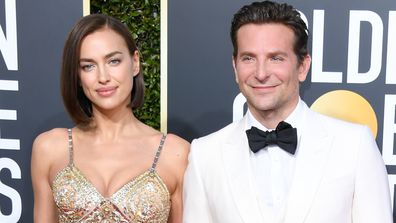