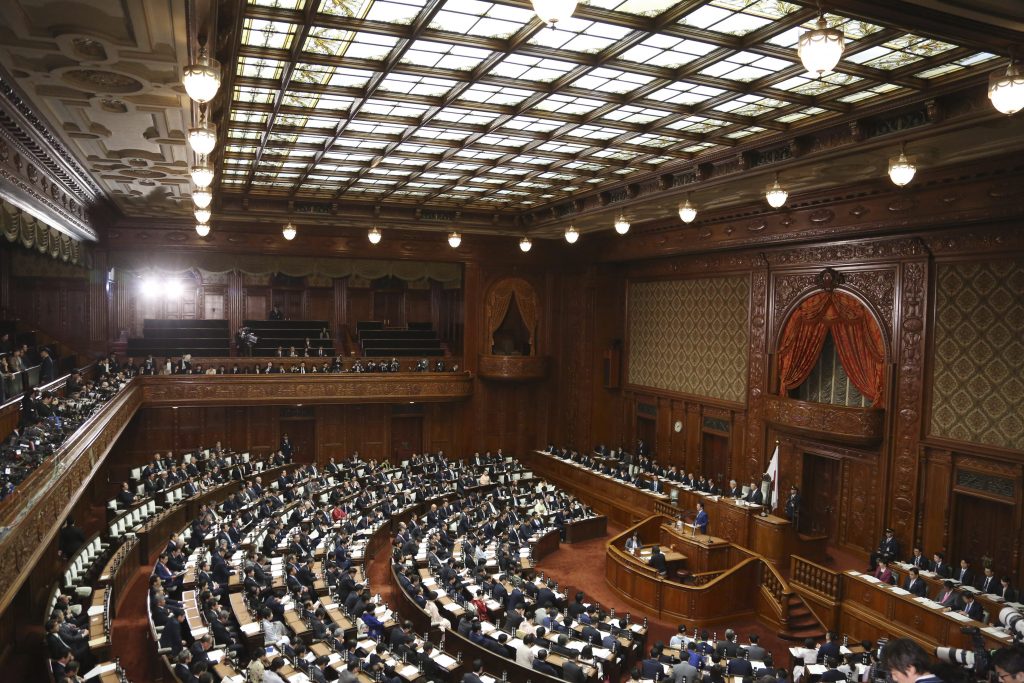 TOKYO — Japan’s prime minister said Monday that his country will form a space unit to protect itself from potential threats as rivals develop missiles and other technology and the new unit will work closely with its American counterpart recently launched by President Donald Trump.

The Space Domain Mission Unit will start in April as part of Japan’s Air Self- Force, Prime Minister Shinzo Abesaid in a policy speech marking the start of the year’s parliamentary session.

He said Japan must also defend itself from threats in cyberspace and from electromagnetic interference against Japanese satellites. Concerns are growing that China and Russia are seeking ways to interfere with, disable or destroy satellites.

“We will drastically bolster capability and system in order to secure superiority” in those areas, Abe said.

The space unit will be added to an existing air base at Fuchu in the western suburbs of Tokyo, where about 20 people will be staffed ahead of a full launch in 2022. The role of the space unit is to conduct satellite-based navigation and communications for other troops in the field, rather than being on the ground.

The unit will with the U.S. Space Command that Trump established in August, as well as Japan’s space exploration agency, Japan Aerospace Exploration Agency.

Abe has pushed for Japan’s Self- Force to expand its international role and capability by bolstering and weapons compatibility with the U.S., as it increasingly works alongside American troops and as it grows concerned about the increasing capabilities of China and North Korea.

Abe, in marking Sunday’s 60th anniversary of the signing of a Japan-U.S. security treaty, vowed to bolster Japan’s capability and with the U.S., including in the areas of space and cyber security.

In a sign of a thaw in Japan’s recently tense relations with South Korea, Abe said he planned to closely with the country and the U.S. in dealing with harsh security environment in northeast Asia.

He called South Korea his country’s “most important ,” a standard phrase he used until their relations rapidly deteriorated in the past two years over wartime history and trade disputes.

Abe, however, repeated his demand Monday that South Korea resolve the issue of compensation for Korean during Japan’s 1910-1945 colonial rule.

Relations between Seoul and Tokyo nosedived after a South Korean court in late 2018 ordered some Japanese companies to compensate Korean for their brutal treatment before and during the World War II. Japan maintains that all compensation issues were settled under a 1965 treaty that normalized relations.

Abe said he is determined to settle Japan’s “unfortunate past” with North Korea, as he hopes to “sum up” his country’s postwar legacies before his term expires next year.

He reiterated his intention to hold talks with North Korean leader Kim Jong Un without the conditions he had demanded in the past — denuclearizing the Korean Peninsula and resolving the decades-old issue of abductions of Japanese citizens by North Korea.

Part of Abe’s plan while in office is to achieve his long-cherished goal of revising Japan’s U.S.-drafted constitution that prohibits use of force in settling international disputes. Despite Abe’s push, chances are fading for the revision due to a lack of public interest and the opposition’s focus on other controversial issues such as Japan’s recent dispatch of naval troops to Middle East and questionable public record-keeping at Abe’s annual cherry blossom-viewing parties.

This story has been corrected to show the full launch of the space unit will be in 2022, not 2020.

Update To The Constituents Of BNC-BTSE Altcoin Index